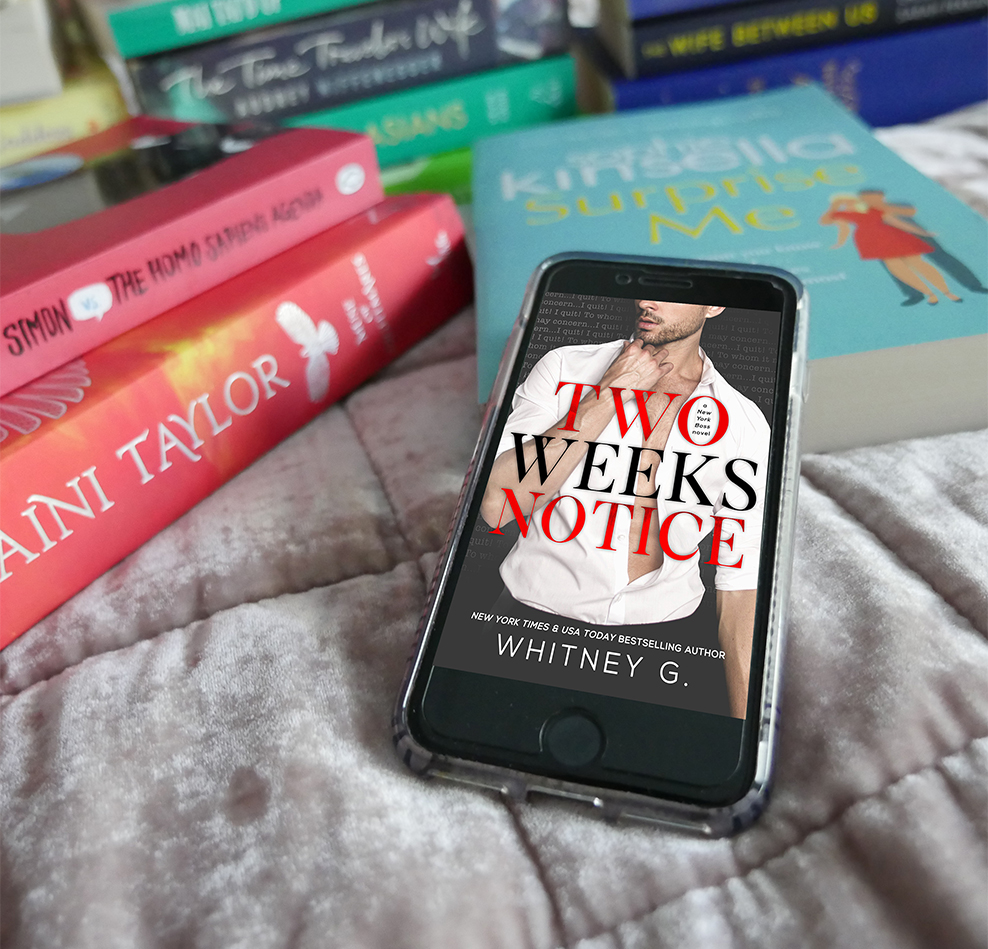 It’s no surprise to me (or probably anyone that reads my reviews/blog) that I’d love Two Weeks Notice as it is basically a mix of three of my all-time favourite romance tropes. Office romance and slow burn, being the obvious one and the other I’d tell you but then I’d spoil it!

“With a boss that looks like that—especially one who is clearly into you, you should never, ever quit. Is it too late to ask to have your job back?”

Here we immediately meet Preston Parker, an intimidating asshole of a hotel mogul that’s going through Executive Assistants faster than he can remember their names. He just wants someone who has more than just degrees, who has real grit and drive.

Tara has more degrees than one should need to land a job but still hasn’t gotten one. Nothing is stopping her though, even if she has to temporarily steal to feed herself, while she tries to make it in New York.

When Preston finally finds the culprit stealing food from his hotels he recognises something Tara that he admires, grit and drive. He decides to give her a chance and it is both the best and the worst thing that happened to either of them, as they soon realise they both love and hate each other.

“I’d just signed on to work with the cockiest asshole in all of New York City.”

Tara and Preston have both great banter and chemistry, but what I really loved about their relationship was the time it took to grow. This is a bit of a slow burn and we really see how they become important to each other, almost as if not realising.

“You were my right hand, my confidant… my everything”

Given the fact that their connection built overtime I thought their relationship felt realistic whereas in a shorter timespan it would have felt to instant for me to love this book.

“I considered Tara to be the closest thing I had to a real friend. My first real friend. And on a professional level, I honestly felt like she was more like a partner in my company than an executive assistant.”

I felt like both characters were strong and consistent, and whilst they argued a lot and he was an asshole, it was done in a way that didn’t get on my nerves but had me chuckling instead. His behaviour was pretty bad in some instances though and that’s what took the extra star off from me, he could have been a little less “sexual harassment” rude.

This is one of my favourite, fun, romances and it sure put a smile on my face. If only real life workplaces were like that! 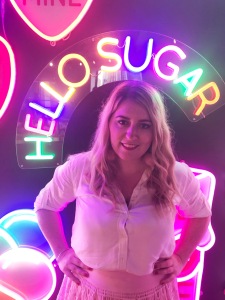